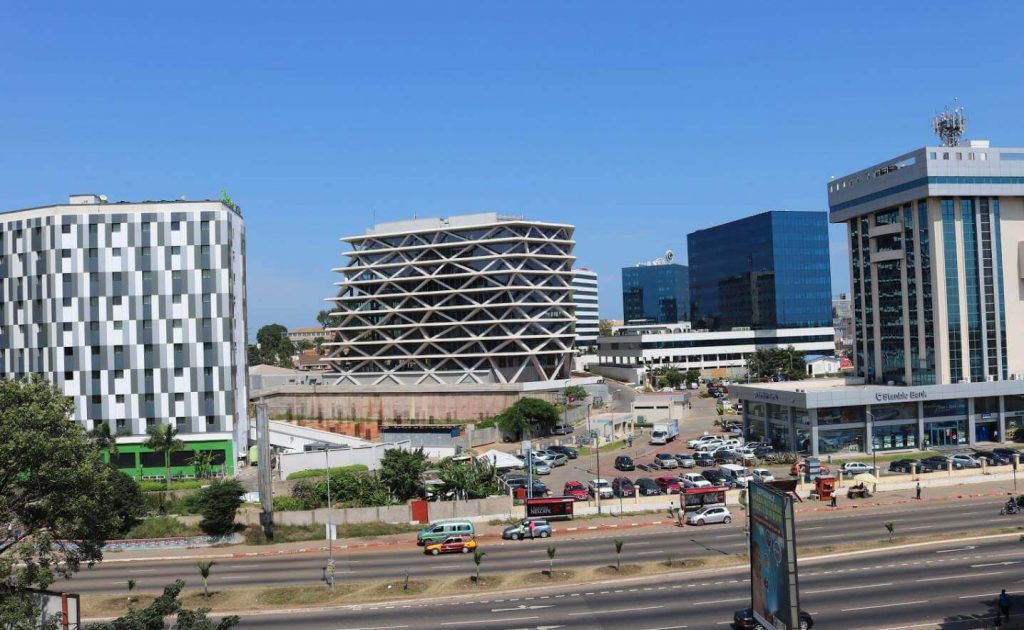 Electricity sub-sector :
The electricity sector involves the generation, transmission and distribution of electrical energy for industrial, commercial and domestic use in Ghana. In Ghana electricity is run by three utility companies; the Volta River Authority (VRA), Electricity Company of Ghana (ECG) and Ghana Grid Company (GRIDCO).

The Volta River Authority’s primary function is to supply electrical energy and therefore the Authority is responsible for the generation of electricity in Ghana. VRA supplies electricity in bulk to Electricity Company of Ghana for distribution to consumers.

Ghana’s demand for electricity outstrips the supply from the two hydro generation stations. The shortfall is therefore met by the development of thermal power systems. A 330 MW Combined Cycle Thermal Plant commissioned at Aboadze near Takoradi in 1999, followed by an additional 220 MW simple cycle thermal plant at the same site. A 110 MW steam plant is planned to bring the total installed thermal generation capacity to 660 MW.

VRA sells power to about seven major bulk customers. The major sale, in foreign currency, is made to the Volta Aluminum Company’s (VALCO) aluminum smelter at Tema.

The second major customer is The Electricity Company of Ghana, which is responsible for distribution of the bulk of local electricity consumption throughout the southern part of the country. Bulk sales are also made to a number of smaller industrial and mining consumers. VRA also exports to Togo and Benin and interchanges power with Cote d’Ivoire.

The Community Water sector deals with over 16,000 rural communities and some 287 small towns. Management of water supply is the responsibility of District Assemblies with facilitation and oversight role by the Community Water and Sanitation Agency (CWSA). Municipal assemblies and districts are responsible for investment, operation and maintenance of water and sanitation infrastructure within the community water sector.

Environmental Sanitation Sub-Sector :
The Environmental Sanitation Sub-Sector covers both the liquid and solid waste management and disposal. The sanitation sector is therefore varied, covering very different types of waste, such organic waste, inorganic and hazardous waste. Depending on the type of waste different methods as regards collection, treatment and disposal are used.

Sewage Systems :
In Ghana, part of the collection and disposal of waste water is done using conventional sewer systems. The sewer systems are at Tema and some parts of Accra, Kumasi and Sekondi-Takoradi. A greater part of consumers use underground tanks such as septic tanks.

The waste is then transported by de-sludging tankers to treatment works or dumping sites. The transportation is done by the waste management department of the district/municipal/metropolitan assemblies and private tanker operators. In Ghana, industrial wastewater is discharged after treatment, if required by the national environmental standard, into the public drainage system.

Waste water is discharged from the breweries and such industries as the food processing, textile, mining, chemical and pharmaceutical industries.

Roads and Transport :
The Transport sector is made up mainly of road transport, maritime and water transport, civil aviation and rail. Road transport is the major carrier of Ghana’s land transport system, currently taking up about 98% of freight and 95% of passenger traffic. The Road infrastructure sector is managed by the Ghana Highway Authority (GHA), Department of Feeder Roads (DFR) and the Department of Urban Roads (DUR), under the Ministry of transport. Transport improvement has been defined by the Ghana Poverty Reduction Strategy (GPRS) as an integral component for increasing national productivity and hence poverty reduction. The fundamental policy objective of the transport sector therefore is to establish an efficient, modally complementary and integrated transport system.

Most major international carriers fly regularly to Kotoka International Airport (KIA) in Accra, the main entry point to Ghana by air. This is the result of Ghana’s open skies policy, which frees an air space regulator from the constraints on capacity, frequency, route, structure and other air operational restrictions.

In effect, the policy allows the Ghana Civil Aviation Authority (GCAA) to operate with minimal restrictions from aviation authorities, except in cases of safety and standards and/or dominant position to distort market conditions. The port of Tema covers 166 hectares of water area enclosed by 2 breakwaters.

There is a terminal for handling crude and other liquid petroleum products. The oil berth can accommodate tankers of up to 244 metres in length with a maximum draught of 9.7 metres.

The Takoradi port, a smaller one, was commissioned in 1928, but underwent major rehabilitation in the 1990s. It is slated for another massive refurbishment under the Ghana Gateway Project in the near future. Currently, it handles about 60% of Ghana’s total exports, which mainly includes minerals (manganese, bauxite and gold), timber and cocoa.

A new centrally located “inland port” is being constructed at Boankra near Kumasi in the heart of the country. This is expected to be an important staging post for goods in transit to and from the landlocked areas in the north of Ghana. This will be a multi-modal facility handling both road and rail traffic.

Water :
Approximately 10.3 million people (51%) have access to improved water supplies in Ghana. For the 8.4 million residents in the country’s urban areas this increases slightly to 61% with two thirds of these or 40% of the total urban population covered by GWCL’s networks.

With GWCL’s unaccounted-for water (UFW) at about 50% of total output, the volume of water that is effectively sold (280,000 m3/ day) is less than half of the dailydemand (763,300 m3). The major consumptive uses of water in Ghana are water for domestic and industrial uses, irrigation and livestock watering. Domestic and industrial urban water supplies are based almost entirely on surface water, either impounded behind small dams or diverted by weirs in rivers.

At present irrigation development does not play an important role in the overall water resources balance considerations. However, the potential for irrigation has been shown to be considerably larger than the present land area under irrigation. The main non-consumptive uses of water are hydropower generation, inland fisheries and water transportation.

Rainwater harvesting has also become common and has a great potential to increase water availability in certain localized areas. It can be concluded, that if properly conserved and distributed, the surface water resources of the country should be adequate to meet future demands.

Telecommunications :
Ghana’s telecommunications sector has registered one of the most significant growth rates in Africa. The Governments’ proactive policy and regulatory interventions, combined with support from the World Bank Group and other development partners, has resulted in a competitive and vibrant industry.

Summary of Operators and Service Providers (Including Internet) as at June 2010. Major changes in the market include the acquisitions of WESTEL by ZAIN and subsequently by AIRTEL of India, and Ghana Telecom by Vodafone PLC of the UK.Also, Kasapa has been acquired by Expresso.

Setting up business in Ghana